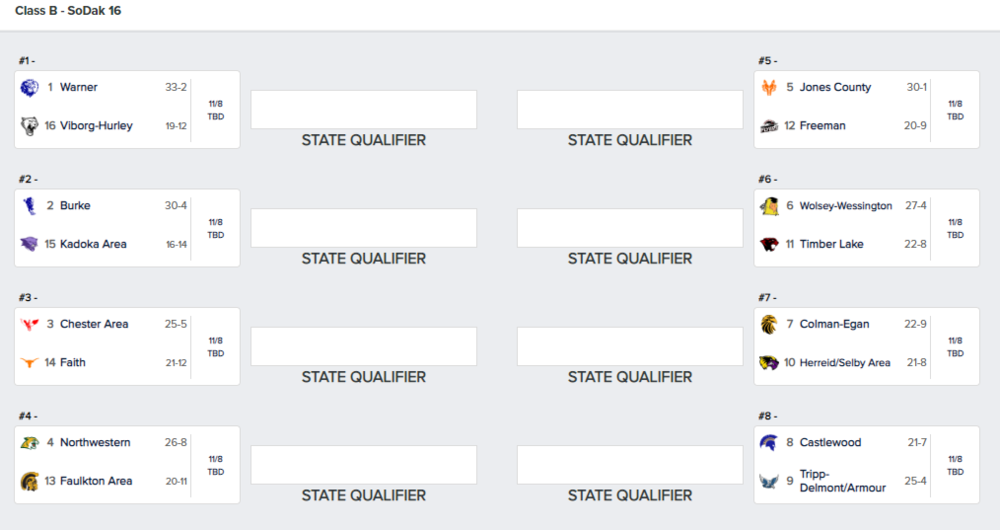 The Nighthawks were down 13-9 in the final set and battled back to take the victory and move on in the playoffs! One of the most exciting games the team has played all season and this WIN shows the character and strength of this team. One more win and it’s onto the SDHSAA Class B State Volleyball tournament in Sioux Falls!

The Class B #9 ranked TDA Lady Nighthawks (25-4) will face the #8 ranked Castlewood Lady Warriors (21-7) on Tuesday, November 8 with location and time TBD.

Congratulations to players and coaches on your SODAK 16 qualifying win tonight in the playoffs!!

Let’s punch our next ticket

to the SDHSAA State B Volleyball Tournament!