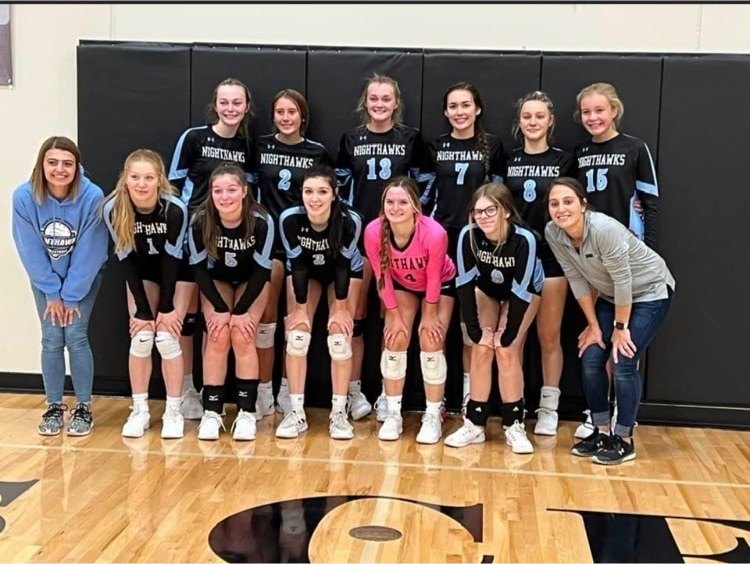 The Tripp-Delmont/Armour Lady Nighthawk Volleyball team has completed a season to remember as the team compiled a 23-4 record to finish the regular season.  The Nighthawks dominated this season at home going 13-1.  In addition, the Nighthawks were 6-4 on the road. The team also went 9-1 in their last 10 games.

The four losses the Nighthawks had this season were against top-ranked teams in Class A and B.  Losses to Class A #1 ranked Wagner and Class A #9 ranked Platte-Geddes as well as Class B #2 ranked Burke twice this season.

The Nighthawks will go into the Region 5B Tournament as the #2 Seed and will face the #7 Seed on Tuesday, November 1 at Armour Gymnasium.  The current matchup has the TDA Nighhawks facing the Colome Cowgirls.

We want to wish the TDA Nighthawk Volleyball team the best of luck as they move to Regions and we hope you can punch your ticket to the Class B state Volleyball Tournament in Sioux Falls at the Danny Sanford PREMIER Center starting November 17.   Good Luck!!